Do you believe in magic? Well, sorry to break it to you, but magic doesn’t exist. Science can explain every seemingly fantastic phenomenon!

Have you ever rubbed two inflated balloons to stick them together? Did you ever find scraps of paper sticking to your sweater in the winter?

Your kids may have also seen these things happening. But before they start attributing all this to Harry Potter, you should let them understand that “static electricity” is behind all this sorcery! Here is how to explain static electricity to kids.

The Theory Behind Static Electricity

All things are made from atoms. These atoms contain charges, both positive and negative, known as protons and electrons, respectively. (For the puritans: there are neutrons as well, which have zero charges, but they are not relevant to this discussion).

Protons carry a positive charge, whereas electrons have a negative charge. Opposite charges attract each other whereas like ones repel.

When there is a balance between the charges in an atom, the atom remains neutral. However, rubbing an object with some specific things (like cloth or plastic) can cause electrons to shift from the plastic or rubber object.

When this happens, the charges in the first object’s atoms become unbalanced, which manifests itself as “static electricity.”

Now I am sure many of you are scratching your head and asking: “I didn’t understand half of that myself; how will I ever explain this to my kids?”

Well, this was my question too, when my kid touched a doorknob and felt a mild shock. I knew words would not be enough to explain the concept. Therefore I decided to do a few fun activities with him instead! You can learn from my experiments and use it to explain this critical scientific principle to your children!

All you need is a light plastic bag, plastic rod, and a piece of cloth to perform this activity. Let your child do the action; you can explain to him/her the static electricity concept later.

Steps to be followed:

After you rubbed the plastic bag and rod with the cloth, they become negatively charged. Since they both carry a negative charge, they repelled from each other. This opposite force made the plastic bag move away from the rod.

Activity 2: Roll a Can

Steps to be followed:

After rubbing the rod and can with cloth, the rod becomes negatively charged. Whereas the can remains positively charged. Since both the items are carrying opposite charges, they tend to attract each other. This is why the can is drawn towards the rod.

With static electricity, you can even make your hair stand. To watch the magic happen, all you need is a balloon and a piece of cloth.

After rubbing with a cloth, the balloon becomes negatively charged. Since we did not touch the hair, it was charged positively. This is why the balloon attracts the hair towards itself. 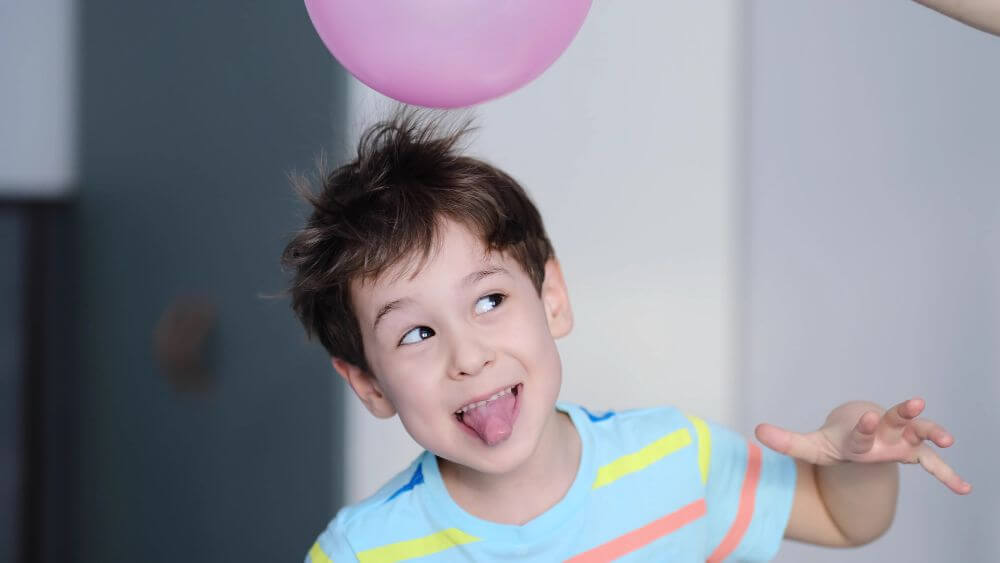 You can easily separate pepper from salt with static electricity. You will need some small items from your kitchen pantry to start this activity. All you need is some salt, pepper, a plastic spoon and a piece of cloth.

When you take a plastic spoon and rub it with a cloth for 40 to 50 seconds, the spoon gains electrons. Now since salt and pepper granules are positively charged, they tend to get attracted towards the spoon. But since pepper is lighter than salt, it jumps quickly to stick to the spoon.

You thought only you could dance? No, your kitchen plates can dance too. Don’t believe me? Check out this activity. But first, gather a few items such as two styrofoam plates and a piece of cloth.

Weren’t all these activities engaging?

I hope they helped you explain static electricity to your little one. However, in case you still have a doubt or two, here are answers to some frequently asked questions:

Can Static Electricity Cause Damage To Electronic Gadgets?

Is Static Electricity Any Useful For Us?

Yes, there are quite some uses of static electricity in our daily lives. It is used in photocopy and printing machines where static electric charges attract the ink to the paper.

Try to involve your kids as much as you can in these simple science activities. These activities will be enough to explain to them how static electricity works. If you still have some questions, feel free to ask us!

How to Make Slime With Liquid Starch