I am a mother of a bubbly son, and we are both very inquisitive when it comes to things we don’t immediately understand. His development from a baby up till now has been a learning experience for him as well as me.

For example, one day, I heard my husband and son arguing. My husband was asking him to stop using the iPad. He loves watching his videos, but we have carefully limited his screen time to protect him from MF radiation and stop him from getting addicted to the iPad. 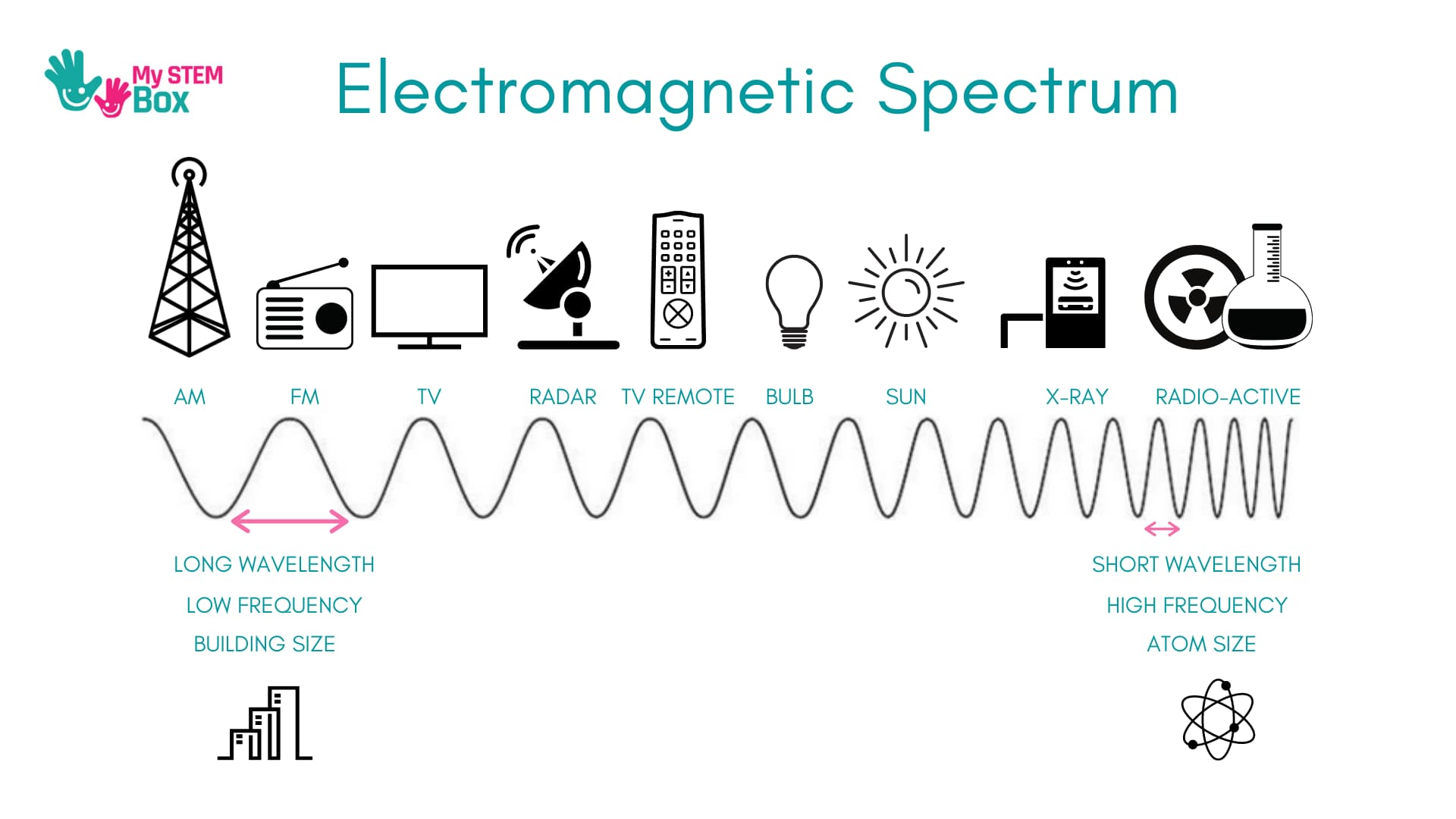 Some Of The Types Of Radiation

Out of these three, the protons have a positive charge, and electrons have a negative charge.

When these charged particles move, they produce energy that travels as waves (just like when you drop a pebble in the ocean, it creates a water wave).

Electromagnetic waves can travel in space and also through substances. Like waves in the ocean, these waves also have highs (crests) and lows (troughs). The distance between a crest and trough is known as one “wavelength.”

The electromagnetic waves are of two types: Ionizing and Non-ionizing.

Electromagnetic waves such as Ultraviolet (sanitizers), X-rays (used in hospitals), and gamma rays (the ones that created The Incredible Hulk!) are ionizing and are very harmful.

Electromagnetic waves such as Infrared (the ones in your TV remote), microwaves (mobile phones), and radio frequencies (radio) are not powerful enough to create ions but can still be harmful if you are exposed too long.

Microwaves (cell phones and satellite dishes) and radio waves (TV, computer, radio) can be dangerous, whereas other low-frequency waves are safe.

When you play a musical instrument or hit an object, it creates a sound. A sound is also a type of radiation, the difference being that it requires a “medium” to travel.

In the case of a musical instrument, sound travels through the air. Another such example is the shock that you feel during an earthquake. This shock is a wave that can only travel through the ground.

We talked about electrons getting knocked out of atoms, but what if the nucleus (proton + neutron), which forms the atom’s core, becomes unstable?

This reaction is what happens in a nuclear reactor. Nuclear reactors let out powerful waves of energy when an unstable nucleus changes into a more stable form. These waves are also in the form of electromagnetic waves.

These are examples of all types of radiation.

I have taken some practical examples to show kids how we can measure radiation and how radiation occurs. To explain what is radiation for kids, I have performed two activities for children.

What Is Radiation for Kids: Activity 1

This rotation is because of the transfer of thermal and light energy in the form of radiation.

When you remove the mirror and place just the radiometer on the ground, the vanes will rotate slower. In this case, only the sun’s heat is causing the movement.

From this activity, we can learn that the sun’s heat waves, when they reach the mirror or ground, transfer in the form of energy through the spindle and rotate the vane. This transfer of energy in the form of waves is called radiation. 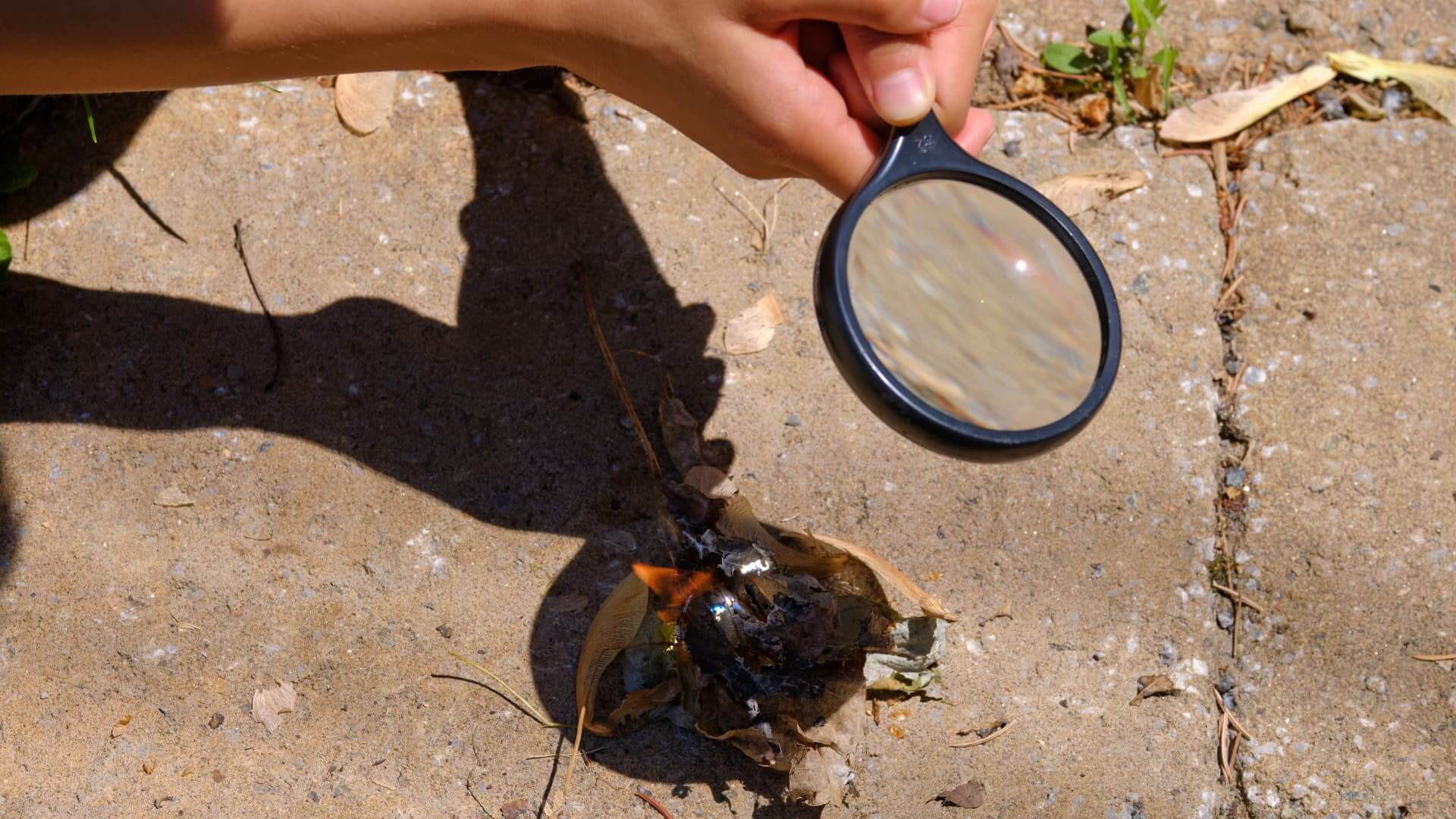 What Is Radiation for Kids: Activity 2

You can also place a small stick between the reflector and place a marshmallow at the end of the stick. The stick will work as the point of focus for the reflector.

After some time, you can see that the marshmallows’ color changes, and it is burnt and heated a little. The marshmallow burns because of the heat transfer from the sun to the reflector.

I have learned the hard way that kids should understand why you said it whenever you want to say no to the kids. If you explain with reasons, kids are smart enough to understand. Without reasons, you are courting rebellion.

Radiation is one thing that we can’t live without, but it can also be harmful to you. Children must understand why radiation can be harmful, even though we have it all around us. Hopefully, this article on how to explain what is radiation for kids will help you with your kids as well!