I was watching the news one day at home with my son. Suddenly I saw flash news talking about the Lunar eclipse. My son asked me what it was, and to be honest, I didn’t remember my old science books.

So instead of fibbing my way out of it (you’ve all been there), I brought out my handy friend google. I even made it interesting for him by creating a fun activity that we could do together to learn the idea.

So, below I present to you the activities we did. I hope these activities and ideas will help all parents answer the question “what is a lunar eclipse” for kids who are bright and inquisitive. 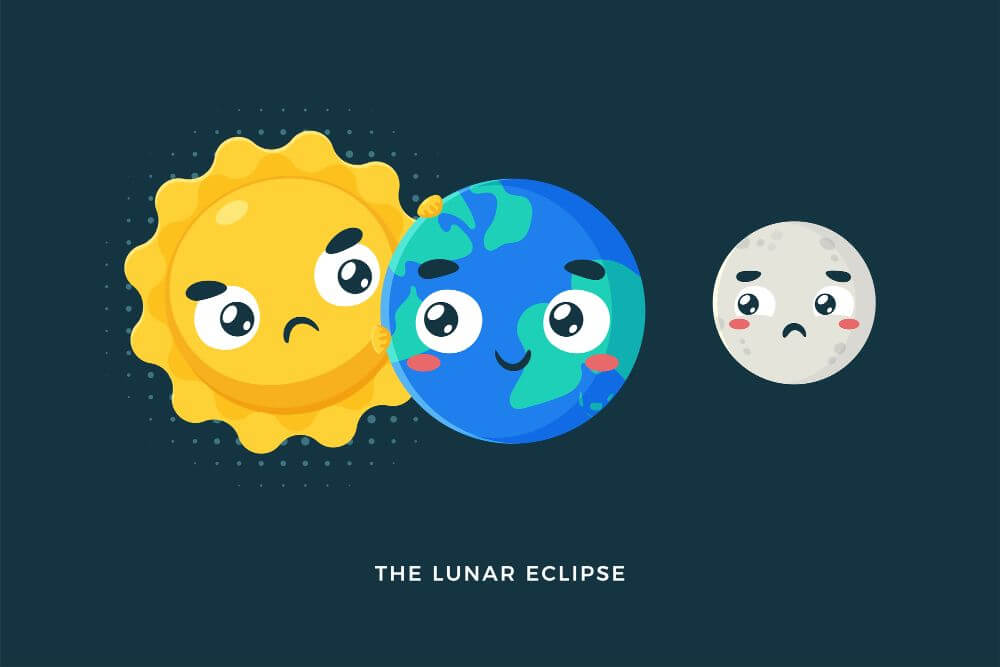 What Is A Lunar Eclipse?

Let us first understand what an eclipse is and what the types of eclipses are.

Eclipses And Its Types

In simple words, when one object in space comes under the shadow of another thing, we call it an eclipse. There are two types of eclipses: Lunar and Solar. Lunar eclipses happen all the time, while Solar eclipses are not that common.

The word Lunar means we are talking about the moon. You need to know that the moon does not have any light of its own, even though we see it shining every night.

You might wonder then, how does the moon appear so bright? Well, it simply reflects the sun’s light after the sun goes down, just like a mirror reflecting a source of light.

Now imagine what would happen if there was some way to stop the sun’s light on its way to the moon? It would become dark. That is what happens in a Lunar eclipse. Let me explain below.

How Does a Lunar Eclipse Take Place?

Lunar eclipses are of two types:

Here are some activities which I did with my son to make him understand what was happening.

You need an orange, lemon, and torchlight to do this activity.

Here we have to consider light from the torchlight as the sunlight, orange as the earth, and lemon as the moon.

It would be best if you placed the orange and lemon on the table, keeping them eight inches away from each other facing a wall. You should turn off the lights for a better result. Now you can ask your kid, or you can take the torchlight and turn it on, keeping it a little way from the table but in the same line of the orange and lemon.

What Do We Observe?

When we turn on the light, we can see that the torch’s light is falling on the orange. We can see the shadow of the orange on the moon and the wall. No light from the torch is reaching the moon. We call this a total lunar eclipse.

It happens because the earth stops the light from the torch reaching the moon and completely covers it, and imposing a shadow on the moon.

In this experiment, we have to move the lemon a little away from the path of the orange; we should take care that the movement is only slight and not entirely out of the line. Now turn the torchlight on in the direction of the orange and lemon.

What Do We Observe?

We can see that the shadow of the earth is on the moon even now. But the moon is not fully covered. This state is called a partial lunar eclipse.

It happens because the moon is not entirely in the same line as the earth and the sun is a little deviated from the path.

The above activity will help our kids practically understand the meaning of the lunar eclipse. 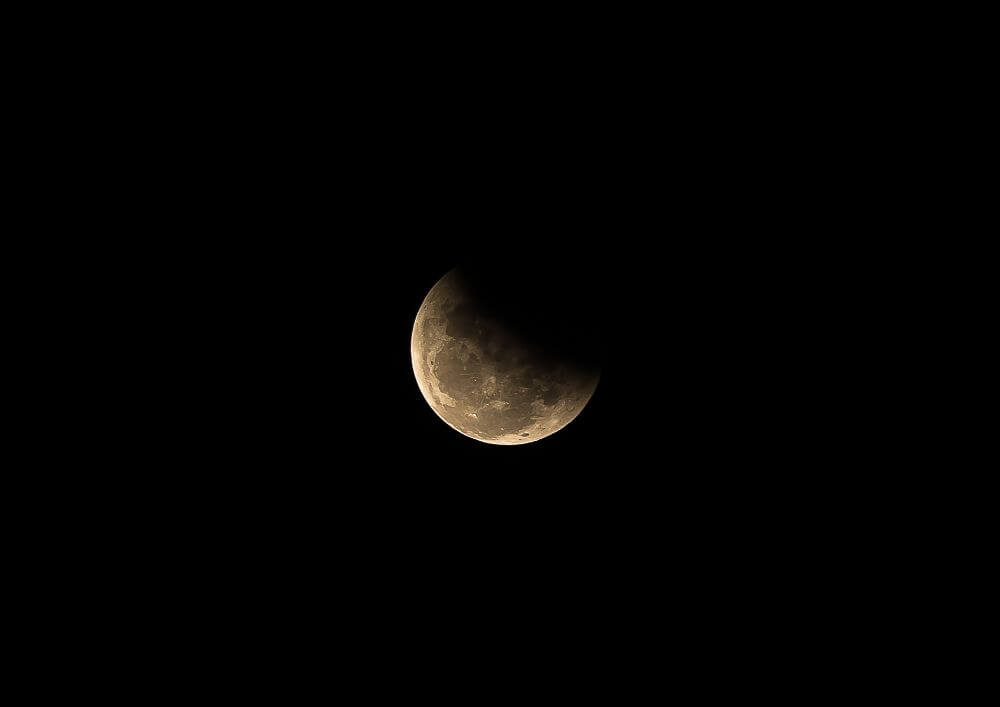 If your child loves coloring and crafts, you can help it do this craft and teach it what lunar eclipse is at the same time.

What Do You Need?

You will need one white chart, scale, pencil, three white balls in three sizes-large, medium and small and some watercolors.

You also have to make a marking indicating how the earth covers the moon, casts a shadow on the moon, and asks them to color it in black. Once they finish coloring, you can easily explain how the lunar eclipse occurs by showing the variations in the colors of rays and shadow on the chart.

By exchanging the place of earth and moon and re-drawing the rays’ colors, you can also teach them what a solar eclipse is. 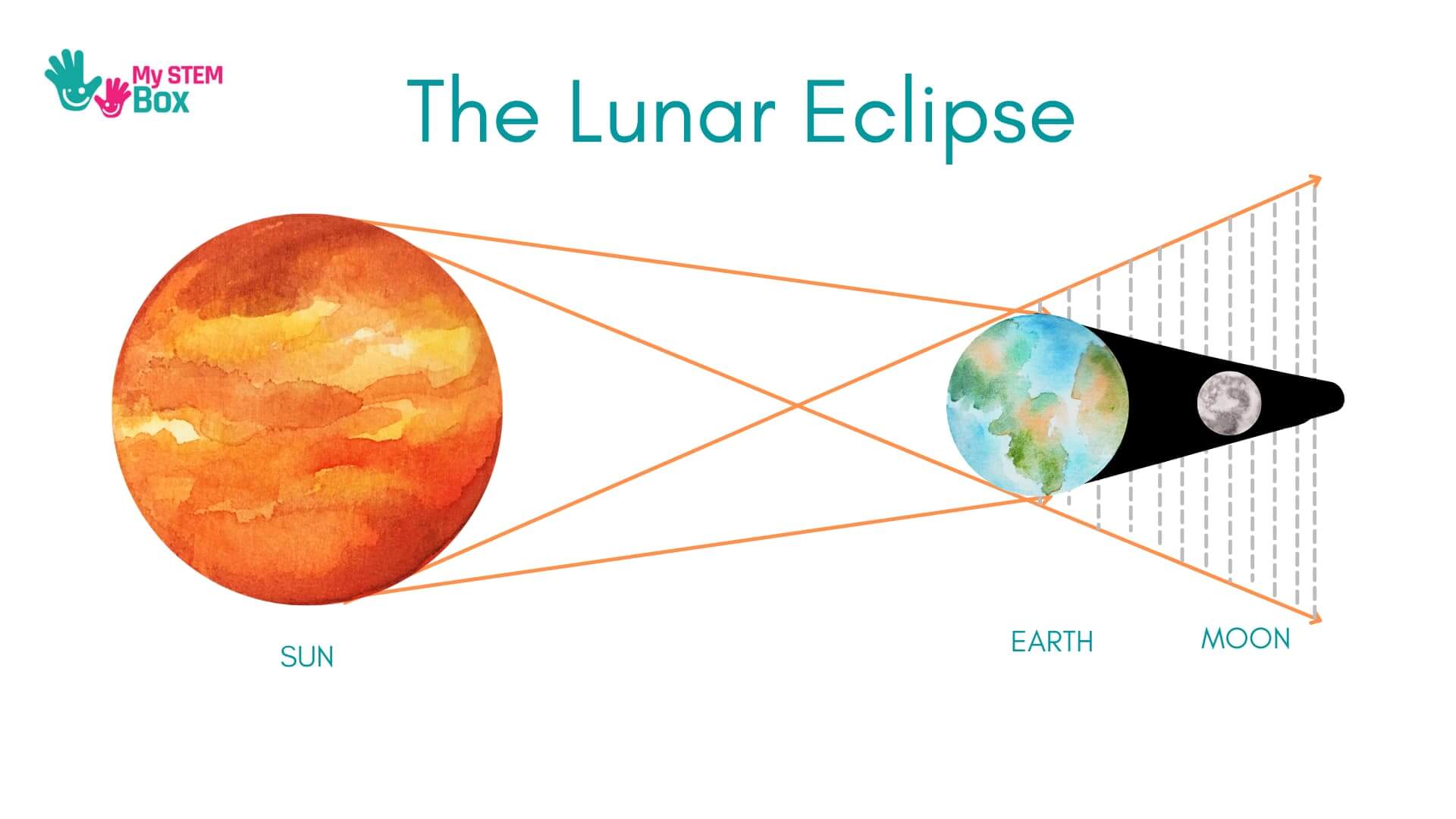 Giving practical experience to kids is important so that they understand things better. I try to explain any STEM concept with the help of experiments to make it easier for my son. With these What Is a Lunar Eclipse for Kids activities, we both had a lot of fun, and we both learned a little from these DIY experiments.

Do share your comments and suggestions – and if you try these activities at home, don’t forget to share pictures!

How to Tell Time Without a Clock

Amazing Layers of The Earth Projects for Kids