So one fine evening, my son and his friend were talking about a game called “The Catapult”. One of the older boys at their school was playing it during breaks. He asked me if he could play the game on my phone, therefore I looked into it and told him: “Why not build and play with a real one?”

For a moment, the two of them had their mouths agape. But then they were all over me. “Daddy, you gotta show us how to build one.” Well, I guess that’s what dads are for, am I right? Here are a few ways to build popsicle stick catapults!

The Science & a Bit of History Behind Catapults

The ancient Greeks and Indians built catapults around the 5th century BC. Early catapults were just crossbows with a better range. The Romans then went on to increase their size and perfect their design.

Before the invention of gun powder, catapults were the weapon of choice if you wanted to fight from a safe distance. Some armies even used catapults in the First World War!

The catapult is a dynamite of ideas in both science and maths. It demonstrates:

A wound spring (or any other elastic object) carries potential energy, which you can convert into kinetic energy upon release. 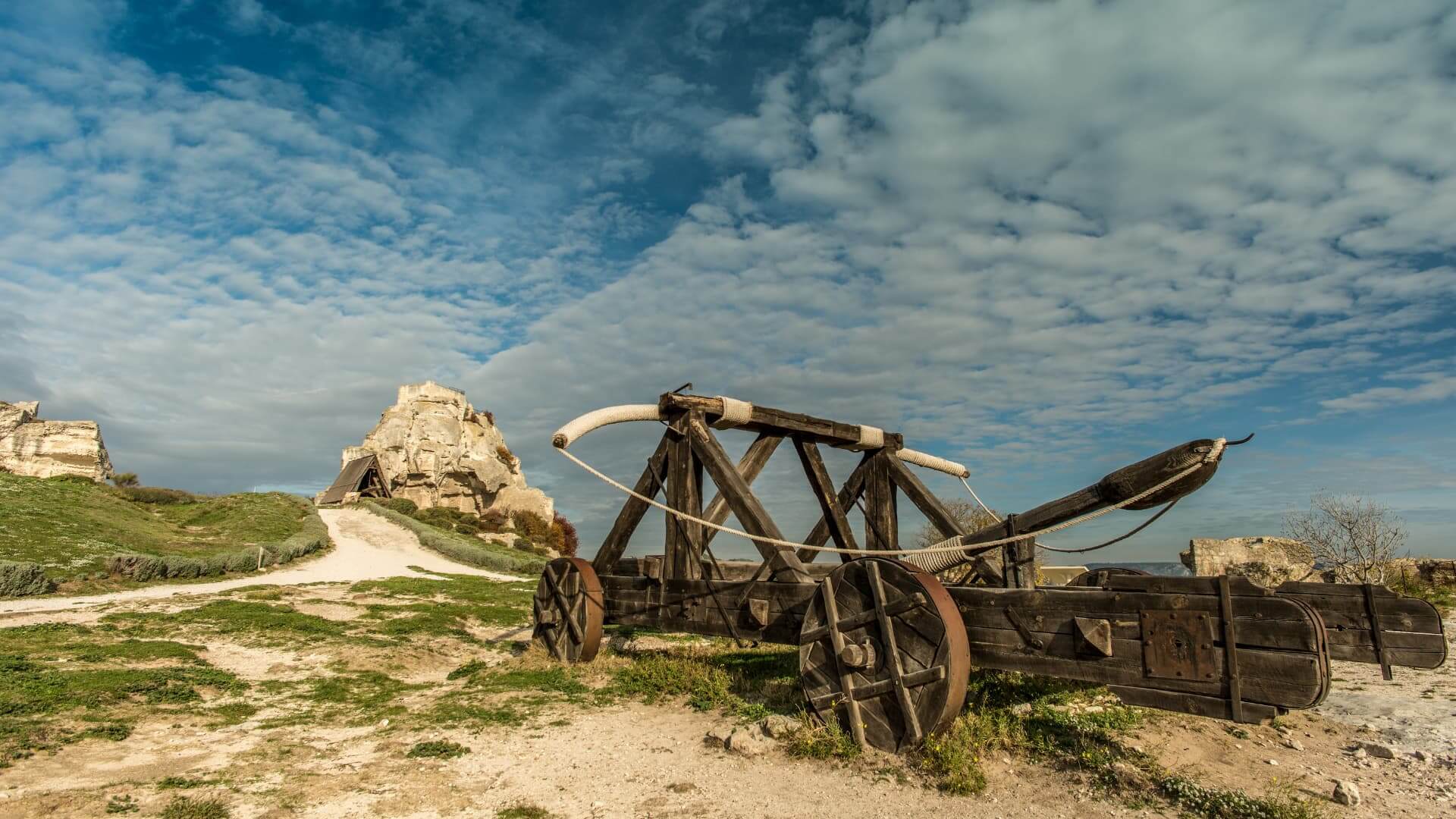 First Law: An object at rest stays at rest. The catapult’s cannonball will not fly until you apply a force on it.

Second Law: The force required to move an object is directly proportional to its mass. A heavier cannonball requires greater power to move and therefore travels a lower distance.

Third Law: Every action has an equal and opposite reaction. When you push down the catapult’s spring, you are exerting a force in the downward direction. Upon release, the spring reacts in the opposite direction flinging the cannonball upwards.

Gravitation is a downward force acting upon the cannonball, which causes a uniform downward component of acceleration in it. Because of this, the ball follows a parabolic path before coming back to the ground. 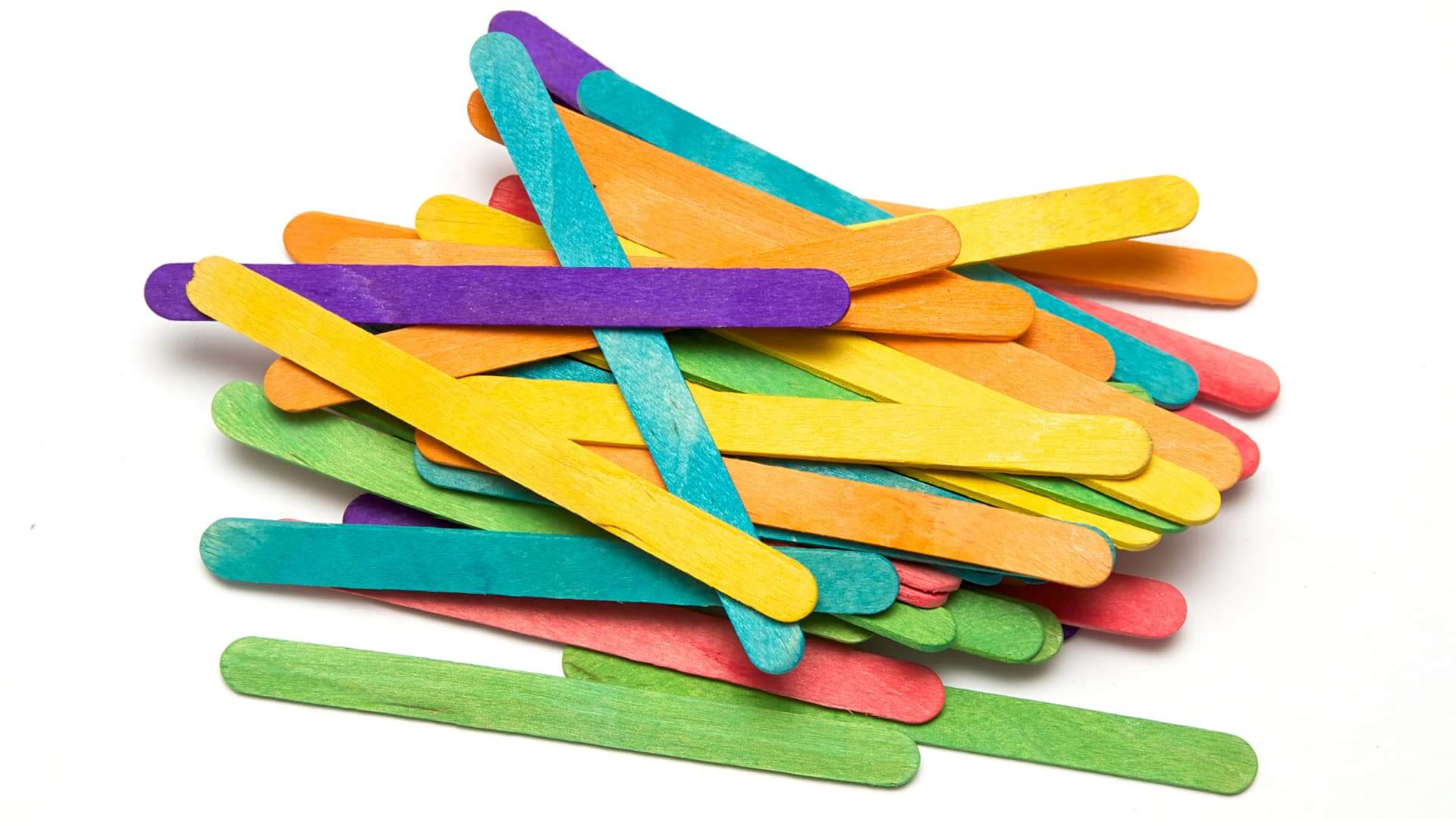 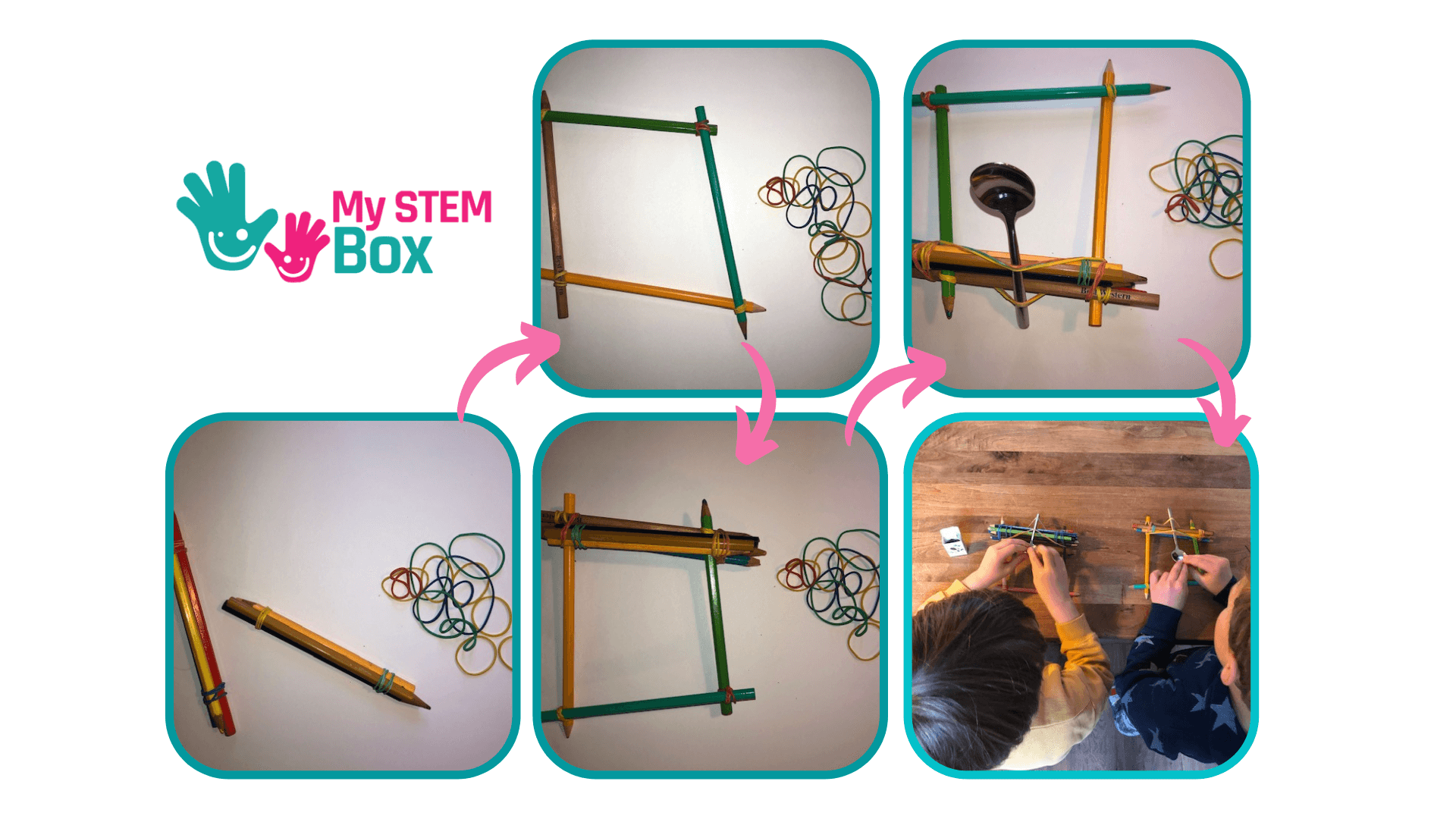 PS we also tried wooden pencils instead of popsicle sticks and my son and his friend used dried raisins to fling… it was marvellous!

Experiments With Your Catapult

After a while, simply flinging things around does not remain as much fun. That’s the time for you to pique your kids’ curiosity with some well-placed questions that teach physics concepts. For example:

Does a Lighter Ball Travel Farther Than a Heavier Object?

Get the kids to try flinging a table tennis ball and then a slightly heavier ball. Compare the distance. The tennis ball will travel farther because of its lower mass. As per Newton’s Second Law, the acceleration produced will have to be higher because the force that you are applying is the same in both cases.

Does the Ball Travel Farther In The First Or The Second Experiment?

Due to the nature of a uniform gravitational force acting downwards, the ball will follow a parabolic path in the air. Interestingly, to maximize the distance, one only needs to launch the ball at a specific angle, 45 degrees (halfway between straight up and straight ahead). That’s why the second catapult flings your cannonballs farther.

This concept is very cool and has applications in sports like baseball and football too. To get the maximum distance when hitting a ball, hitting hard is not enough. You have to hit it so that the ball goes at a 45-degree angle to the playing field.

Similarly, in football, you should always throw a ball at a 45-degree angle to the ground to get the maximum distance.

Popsicle stick catapults are a fun way of demonstrating some fundamental concepts of physics and mathematics. There are several designs that you can try. I hope you have fun doing these experiments, do share your comments and suggestions below.