My toddler niece asked me an interesting question the other day – why does her large rubber ducky float in a bathtub filled with water, but a small thing like her friendship bracelet plops right down to the bottom?

Unfortunately, that wisdom is limited when it comes to matters of science. Thankfully, my trusty friend, the internet, came to the rescue once again. A quick search and I had all the concepts at my fingertips. But one thing that I have learned from my job (I am in advertising) is that a complex idea is no fun until you package it in something nice.

And therefore I set out to do a series of interesting experiments with my niece. Here is what we did.

The Concepts Behind Floating

Before we go any further, let me help out you, my reader, who is as scientifically challenged as I was! There were many misconceptions in my mind about floating and sinking, such as:

A quick internet search clarified that all of the above is malarkey. So…

Why Do Things Float?

Now I am sure I have probably confused you even further, so let us head to some fun activities that simplify what I have explained above.

Activity 1: Does An Egg Float in Water? 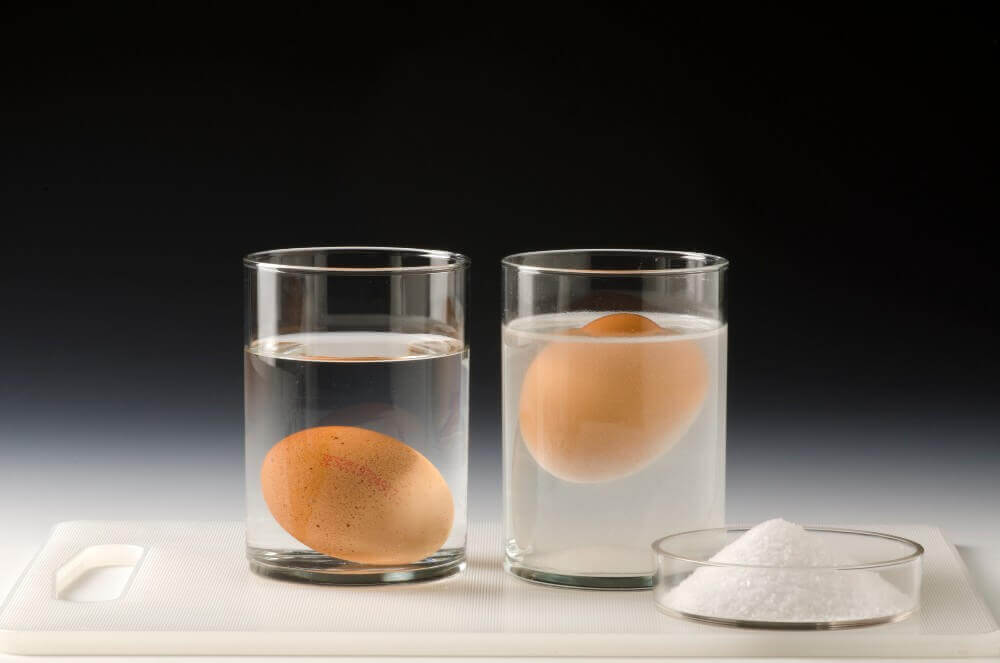 Normally, an egg is denser than water. Its high density exerts a weight force down on the water, which is higher than the buoyant force that the water exerts back upon it.

By adding salt, you are making water denser. This is because salt is adding mass to the water without increasing its volume in any significant way.

As soon as the water becomes dense enough, the egg just plops back up. As a bonus, it’s always fun to watch the expression of awe on your kid’s face, like they have witnessed magic!

Procure a rotten egg (or just get an egg and keep it outside for a few days). Try doing the same experiment with the rotten egg. Instead of sinking in the water, the egg will float up.

Explain to your kid that the rotten egg has a lower density, which is why it can float.

Corn syrup is very dense (you might have guessed it because it is so thick). It is denser than both water and oil, so it immediately floated down to the bottom.

The vegetable oil is not as dense as water, so it rose to the top, leaving the middle water.

Once again, density decided what floated and what sank (in this case, corn syrup).

Collect small items around the house like a piece of cork, a screw, a small coin, a grape, or bottle caps. Ask your child to note down what they think will float or sink?

Then try putting them in the liquid solution you have prepared, and get ready to blow their minds!

Most children assume that bigger objects will sink and smaller objects will float. You will find that the cork stays afloat (despite being bigger), whereas the coin will sink right down to the corn syrup, and the grape will end up in the middle.

Explain to your child that you can figure out the relative density of objects in this neat way. 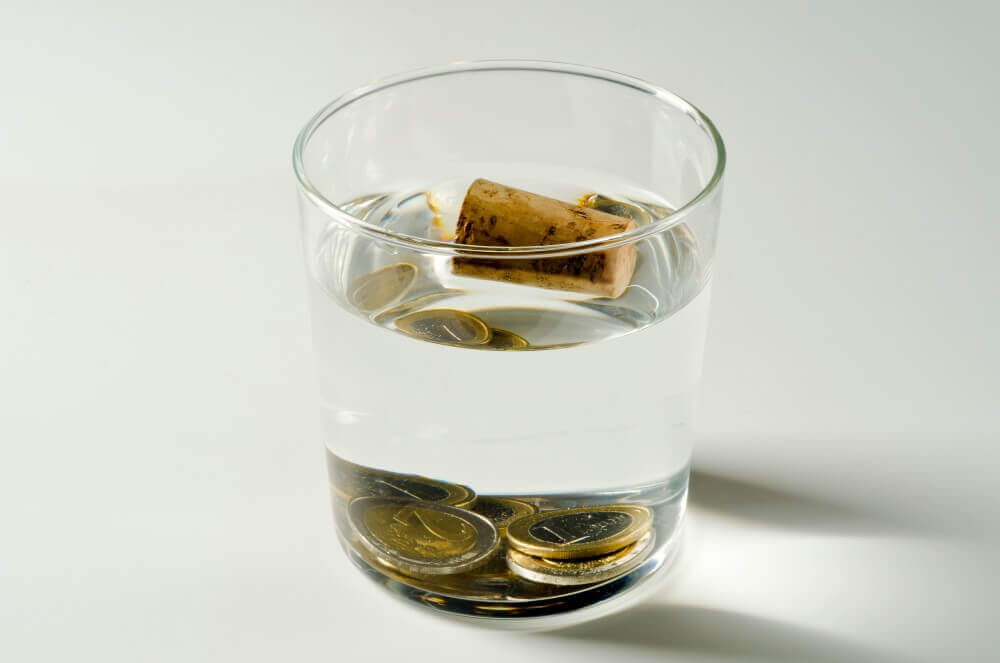 Till now, our experiments have shown that density decides which object floats or sinks. But that’s not the only force that is acting on an object in the water. This experiment will help you understand the other important factor – surface area.

I explained that two forces act on an object – the weight force that pulls the object down and the buoyant force that pushes it up.

The buoyant force depends on how much of the object is inside water. When you shape the putty into a boat, a big part of it goes under the water level, thereby increasing buoyant force.

Explain to your child that this is exactly why a large warship can float in water, whereas a small nail will sink immediately to the bottom. Then go over and play battleship (that’s just for fun, it has nothing to do with the experiments!)

Water activities are really fun for kids because, let’s face it, which kid does not love to get their hands wet! When you get to drop a bit of science in the mix, that’s a plus for any parent.

Before I go, let me leave you with another fun fact about floating and sinking. Did you know that if you get a large enough glass of water, the planet of Saturn will float on top of it like ice on a cola? I will leave you to figure it out yourself, why this would happen!

How To Make Something Glow In The Dark?