Plants are fascinating – from beautiful flowers to those that glow at night and those that reach extreme heights. To various characteristics like thorns, pores, and even fruits.

Plants also give us food. For example, cows – where we get our milk and meat from – eat grass. So do many aquatic creatures that live off seaweeds.

Plants are all around us. We see them every day, but little do we know about how they survive. If we need oxygen to breathe, what about plants? How do plants breathe?

Plants breathe through a process called respiration, where they exchange gases between the outside and the inside of their bodies as a living organism.

They breathe through openings called stomata. Most of this process of respiration occurs within the cells, which also houses all metabolic machinery that produces the energy the plant needs. 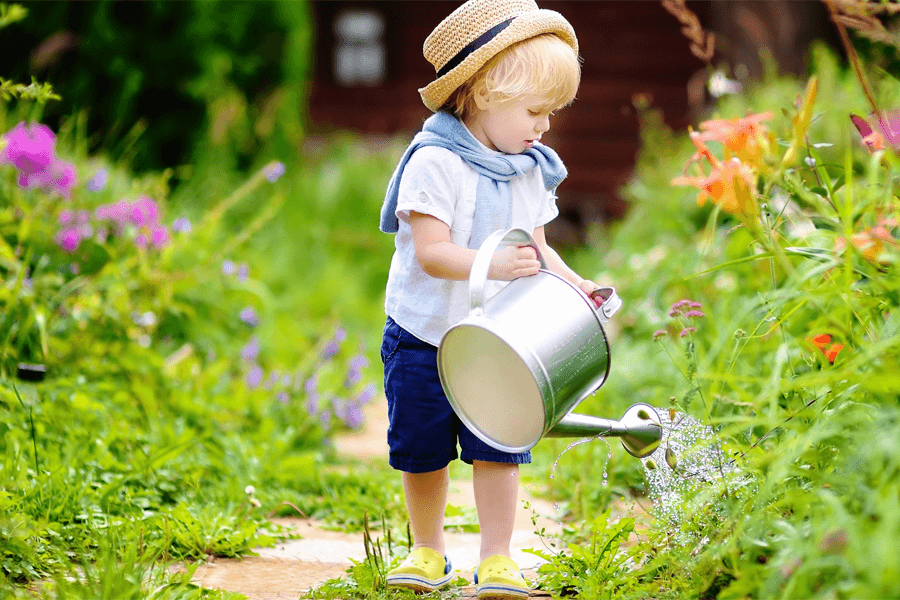 Why do plants breathe?

Plants need oxygen to make respiration efficient. A plant requires it constantly. The process of respiration is not simply the exchange of gases. It also involves the release of energy that plant cells need.

A plant also takes up oxygen from the water it absorbs through its leaves and roots, as well as from the air around it.

How do plants breathe and take in the air?

Although the structure of the leaves is generally impervious, every plant has little tiny pores called stomata. These are the small pores located within the epidermis of the leaves of a plant. The stomata are made up of minute cells called stoma. They are surrounded by guard cells which help them open and close. These are bean-shaped cells that open when they are turgid.

However, they become flaccid as they lose water, causing the stomata to close. 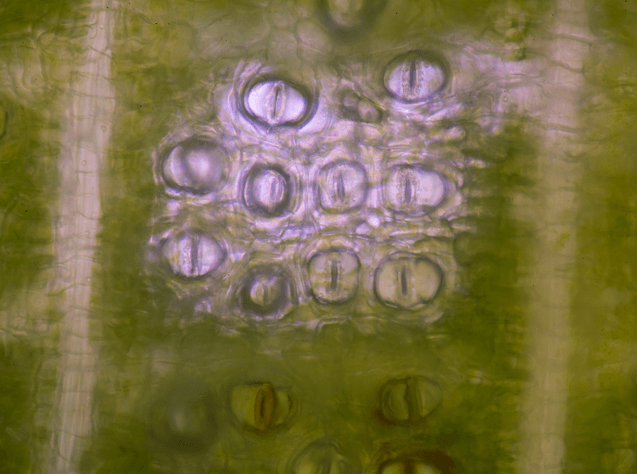 The plant also releases excess water through the same opening through a process called transpiration. The stomata also close to prevent water loss and maintain moisture levels within the plant.

But how does a plant produce oxygen? It involves a process called photosynthesis. Photosynthesis is the process by which plants, algae, and certain bacteria convert energy from sunlight into chemical energy, which the plant uses to repair itself, grow, and form flowers and fruits.

There are two types of photosynthesis, but the most common one is oxygenic photosynthesis. This is the type that produces oxygen as a byproduct.

During this process, electrons are transferred by light energy from water to carbon dioxide. This produces carbohydrates as well as oxygen. In other words, plants take up carbon dioxide, and through photosynthesis, produce oxygen as a byproduct.

Photosynthesis occurs within chloroplasts, a type of organelle. Chloroplasts absorb the sunlight and use it in conjunction with carbon dioxide and water to create oxygen and food for the plant. In other words, because of photosynthesis, the plant can repair itself, grow, form flowers, and eventually fruits.

We, along with other animals and organisms, consume these fruits for survival. Without photosynthesis, we won’t have food for sustenance. That’s why it can be said that photosynthesis keeps the world alive. 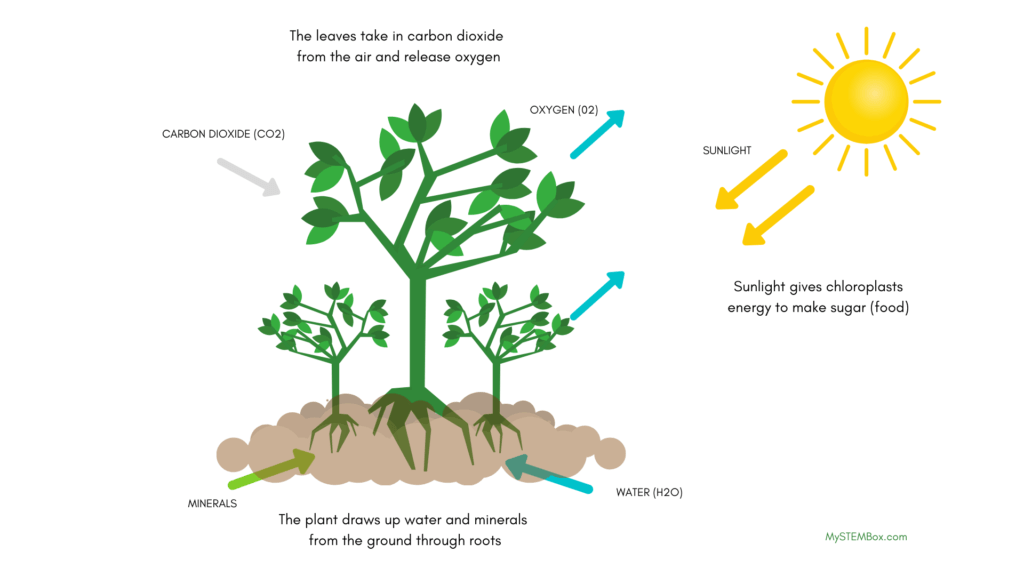 1. There is more than one form of photosynthesis

Instead of relying on chlorophylls for photosynthesis, anoxygenic organisms depend on bacteriochlorophylls.

Because of photosynthesis, planet Earth has an abundance of oxygen that man, animals, plants, and other living beings need to survive. Photosynthesis also produces food for the plant to use to repair itself, grow, and produce fruits.

These plants and fruits are consumed by herbivores, which the carnivores need to survive. Omnivores like humans and some mammals consume both plants and animals. Thus, without photosynthesis, the planet will not be liveable for us or any of the earth’s organisms.

3. Plants are not the only organisms that perform photosynthesis

There are other living organisms that can perform photosynthesis such as algae and cyanobacteria. Algae are a very diverse group of organisms. They include kelp and phytoplankton, pond scum as well as the algal blooms in lakes. 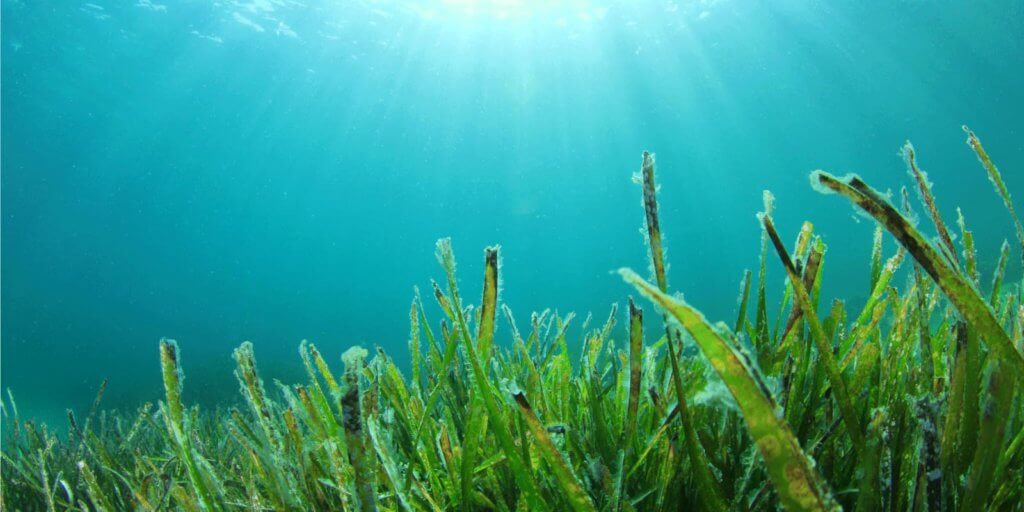 Cyanobacteria, on the other hand, are also called Cyanophyta. They belong to a phylum of prokaryotes consisting of both free-living photosynthetic bacteria and the endosymbiotic plastids present in the autotrophic eukaryotes called Archaeplastida. This includes red and green algae and land plants.

4. Photosynthesis is the opposite of cellular respiration

5. Chlorophyll isn’t the only photosynthetic pigment

There are other photosynthetic pigments. For example, Carotenoids violet and blue-green light. Instead of being green like Chlorophyll, Carotenoids are bright colors like red and orange. They are found in tomatoes, oranges, and corn.

Plants breathe through a process called respiration, where they exchange gases between the outside and the inside of their bodies as a living organism. They breathe through openings called stomata. Photosynthesis makes a plant produce oxygen, but a plant also requires oxygen constantly.

Why Do Leaves Change Color in the Fall [Answers]?