It’s summer, and if you’re like my little boy you enjoy a nice cold glass of homemade lemonade. One day, as he went to add a few drops of lemon, he picked up an oil bottle instead.

As he started to pour he realized his mistake and stopped immediately. By then it was too late, and a few drops of oil had already fallen into the mixture. He tried mixing it into the water, but the oil drops would not mix.

He scratched his head, looked very confused, and asked me: why do oil and water not mix? After all, he had seen that sugar mixes into the water and that salt also dissolves in water, so why not oil?

I knew this was an excellent opportunity to teach him a bit of science. I thought about it: how do I explain concepts like molecules and structures of atoms to him? I decided that the best way for him to learn was through an experiment.

What Happens When We Mix Water and Oil?

Water and oil do not mix. They are said to be immiscible. This is because of the difference between the chemical structure of water and oil.

Water consists of polar molecules. This means that some of the water molecules have a positive charge and the others have an opposing negative charge. This charge is what binds them together.

Oil, on the other hand, is nonpolar. It does not have positive and negative charged atoms sticking to each other. Therefore, oil can’t break water bonds and mix with water.

This phenomenon causes oil and water to create different visible layers. The denser water molecules sink to the bottom, and the lighter oil forms a layer on top. 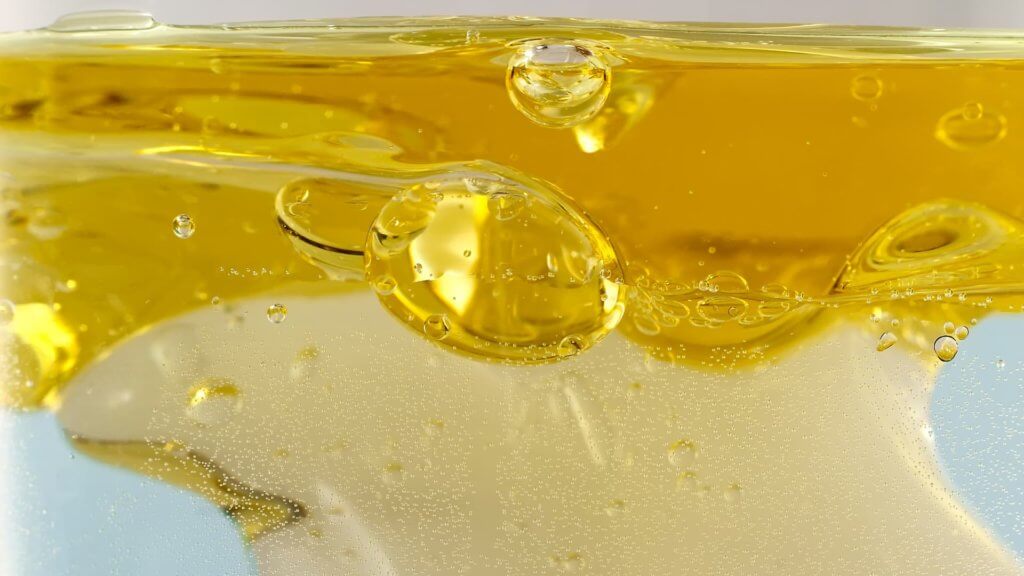 My son thought it was some bubbles forming in the water, and he was excited about the result! I explained that these are not regular bubbles that pop up in soda. The oil didn’t mix with the colored water and formed bubbles instead.

What Is An Emulsion?

If you shake the container from the previous experiment, it may appear to mix for a short time. We call this mixture an emulsion. An emulsion is a mixture with two types of liquids mixed in it that should not mix. The moment the mixture is allowed to settle, it again forms two distinct layers.

If you want an emulsion to persist longer, you have to add an emulsifier. This means introducing a molecule that has one polar end and one nonpolar end. Egg yolk and soap are examples of common emulsifiers.

With this simple experiment, I was able to explain what an emulsion is.

We have all heard it: “Like dissolves like.” What does it mean? To understand this, we first need to understand polar and nonpolar molecules.

A polar molecule consists of oppositely charged “poles.” One pole of the molecule has a positive charge and the other has a negative charge.

Many polar molecules have an asymmetric structure. This means that they have unevenly spaced charges in the molecule. Because of this, the charges won’t cancel out. Some common polar molecules include Water – H2O, Ammonia – NH3, Sulfur dioxide – SO2, Ozone – O3, Ethanol – C2H6O, Sucrose – C12H22O11.

Nonpolar molecules either have electrons shared between the atoms or symmetrically spread electrical charges in the molecule, which causes them to cancel out. 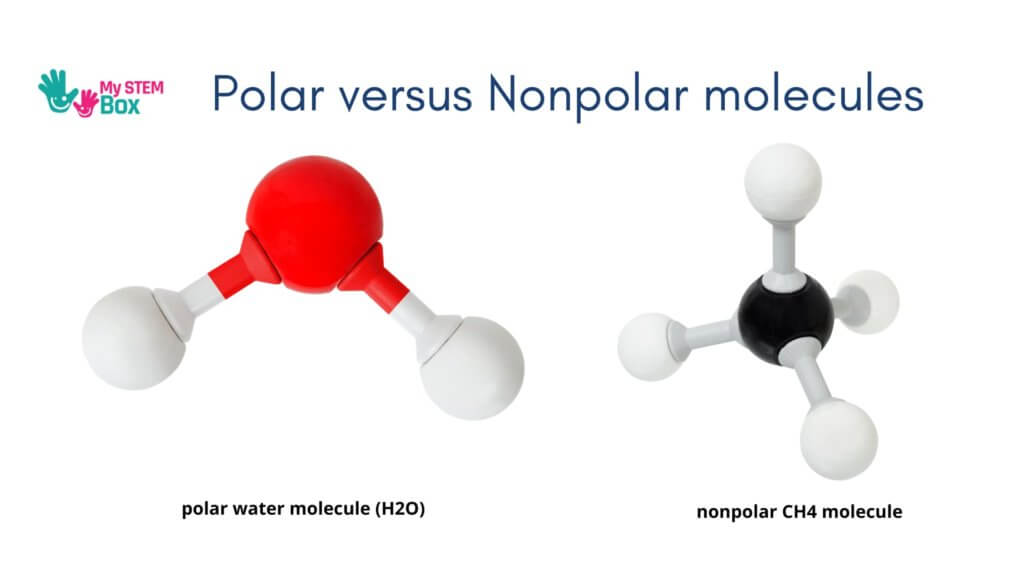 What Mixes With What?

On the other hand, this dipolar attraction works against mixing nonpolar substances with polar ones because they have to compete with the existing dipole-dipole bonds of the polar liquid.

Sugar and coffee both dissolved well with water. No separate layer was visible, unlike what we witnessed earlier with oil. Instead, the water took on some of the white color from sugar and the brown color from coffee: like dissolves like.

I explained the basic idea of emulsions and polar and nonpolar substances again to my son with the example of how soap dissolves oil and grease.

I hope these simple experiments help you explain these concepts to your child. Please share your experiences in the comments section below!

How To Make Something Glow In The Dark?