Kids, I am sure every one of you would have played with those action figures that stick on to your refrigerators. Most of you may also know that they are known as “Refrigerator Magnets.” But have you ever wondered what a “magnet” is?

Trying to explain what is magnetism for kids? First, you’ll have to understand what a magnet is, and that’s anything that can generate a magnetic force.

Now, I know that sounds a bit corny, but magnets are very easy to see and know. Most of you must have even played with them.

A magnetic force is just the force that attracts a magnetic object to a magnet. For example, the refrigerator magnet draws the metallic refrigerator towards it (which is why those magnets stick on, instead of falling off). Similarly, iron nails are drawn towards magnets.

If you can get two magnets together, you will notice that they attract each other at one end and repel from the other end. This force is another interesting feature of magnets.

Magnets can occur in nature, or they can even be artificial. Most electronic equipment has magnets in them. If your bicycle has a dynamo to power the headlight or if it has an electric bike, you are carrying around a magnet with you! 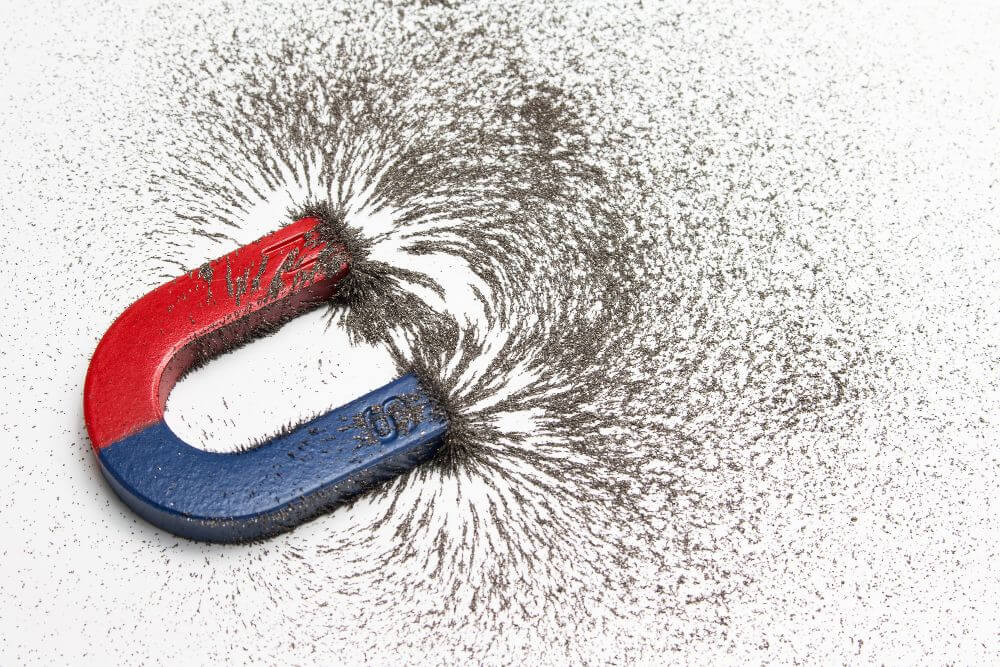 What Are Five Facts About Magnets?

Here are five facts that everyone should know about magnets, and a bonus sixth one just for fun!

As promised, the bonus fun fact: you can make a magnet yourself! All you need to do is take an iron nail, run a magnet near it a few times, and after some time, you will find the nail itself becomes magnetic! This effect is known and “magnetization.”

What Is An Electromagnet?

We all know the fridge magnets are “permanent magnets”; they will always show magnetic behavior. But magnets aren’t always permanent ones.

You can create a temporary magnet if you run a coil around a small iron nail and let electricity run through that wire. When you turn on the electricity, the nail becomes magnetic. Turn it off, and the magnetism is gone!

This relationship between electricity and magnetism is an important one, and our entire electricity supply works on this principle. You can even see this very principle at work in your household doorbell! 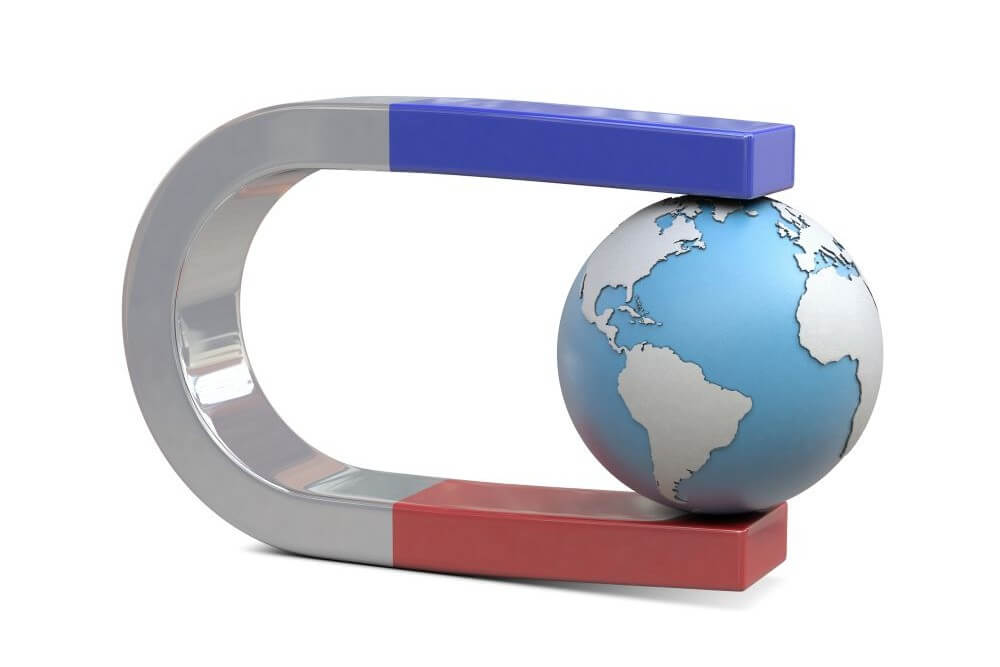 Is The Earth a Magnet?

I have already answered this question somewhere in this article; you might not have noticed it! Can you figure it out? Let me come back to it.

The Earth is not just dirt and rocks down to its center. There are many layers inside the Earth’s surface. The layer at the center of it all, near to the Earth’s core, is full of iron and nickel. And these are magnetic substances.

Now interestingly enough, these magnetic substances themselves are not the cause of Earth’s magnetism! Instead, the Earth’s core is molten, and the rotation of the Earth around its axis causes these molten metals to flow at a very high speed.

These hot metals have an electric charge, and they are rotating at high speed. See where I am going with this? This rotation is what causes the Earth’s magnetic field.

And finally – where did I answer this question earlier? When I said that the North pole of a magnet always aligns with the Earth’s North pole! The magnetic South pole of the Earth is actually in the geographic North pole, which means that the magnet is just aligning itself to the direction in which this huge magnet is pulling it!

Which Is the Strongest Magnet in the World?

Before I answer this question, let me first explain what I mean by “strongest” when it comes to magnets.

How strongly a magnet attracts or repels other magnetic objects is dependent on how far the object is. The force is very strong when the object is near. And it weakens when you move the object away.

We measure this strength of attraction in units known as “Tesla” (No, not the car company. Both the unit of measurement and the car company are named after one of the most influential scientists in electromagnetism – Nikola Tesla). A Tesla is a force of one Newton, at an electric current of one ampere, measured at a distance of one meter.

The world’s strongest magnet has a magnetic field that has a strength of 45 Tesla. The Earth’s magnetic field is about a million times weaker than this. The National High Magnetic Field Laboratory (NHMFL) in Florida made this magnet in 1999.

This ultra-powerful magnet weighs nearly thirty-four tons and is about twenty-two feet tall. It was created and is being used mostly for medical research.

Another very powerful magnet was constructed in Florida in 2011, with a magnetic strength of 44.14 Tesla. We will use this magnet for researching solar cell technology.

How To Craft A Compass For Kids